The world needs multilateral processes to take on the coronavirus; in SA the government must seize the chance to innovate 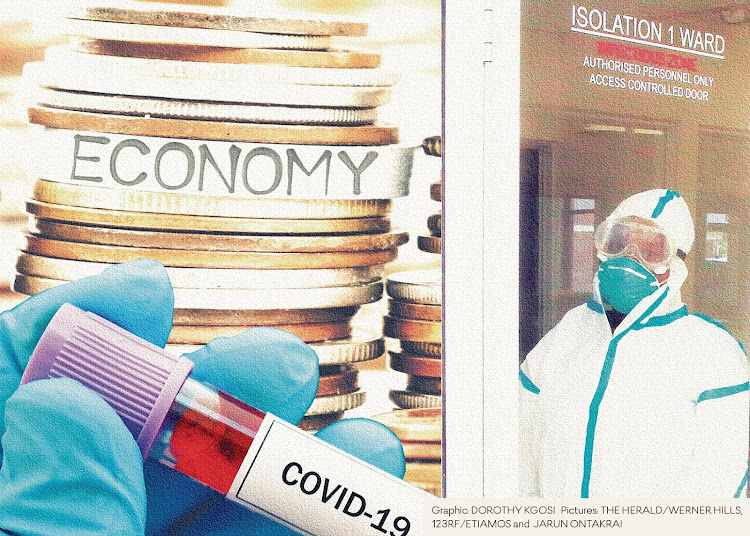 President Cyril Ramaphosa’s address to the nation outlining measures the country will take to combat the coronavirus was bold and purposeful. The main purpose is to reduce the impact of Covid-19 on society and the economy, though there is still a great deal of uncertainty over precisely what that will be in the coming weeks and months. But, as Ramaphosa noted, “no country is immune or will be spared its severe impact”.

There is a missing element, though — a multilateral approach co-ordinating interventions in public health and economic performance. Various countries have implemented unilateral measures setting out stimulus packages to give their economies a shot in the arm. However, these are not anchored in multilateral processes and do not take into account growing risks in developing countries.

The Bank of England used monetary policy stimulus, cutting interest rates to 0.25%. Chancellor of the exchequer Rishi Sunak outlined expansionary fiscal policy and a $14bn emergency fiscal stimulus to counter the economic shocks of the pandemic. The interventions proposed are directed at both businesses and at bolstering the capability of the UK’s National Health System (NHS).

The European Commission has promulgated a corona response investment initiative, which has set aside $41bn to support small and medium-enterprises, boost short-term employment schemes and shore up the health-care systems of EU member countries.

The US Federal Reserve Bank recently slashed its policy rate by a full percentage point to between 0% and 0.25%, and outlined an asset purchase programme of $700bn — akin to the troubled asset relief programme undertaken at the height of the global financial crisis. Switzerland has set aside $10.5bn to aid small businesses and freelancers who have been hard-hit by government shutdown measures. The Chinese central bank unveiled a $79bn stimulus package to support its companies. It has also relaxed the reserve requirements for banks, to give them greater flexibility to lend to businesses. German state bank KfW will lend as much as $610bn to companies to ensure they survive the pandemic.

These are important measures by individual countries, and they will have short-to-medium-term effects. What is required, however, is multilateral co-ordination of solutions that will help revitalise the global economy.

Reflecting on his time as governor of the Bank of England in his book The End of Alchemy, Mervyn King recalls how amid the global financial crisis the Group of Seven (G7) central bankers had to sharply break with the traditional format of G7 communiqués and formulate a stronger message that responded to the menacing threat of the global financial crisis. The crisis had spread across the world as a result of integrated global financial systems and counterparty risks. The effects were devastating to Western economies, with other countries suffering collateral damage through trade finance drying up and demand slowing in the big economies. Initially central bankers responded in an unsynchronised fashion using monetary policy tools to douse the fires, but nationally based interventions did not work well, since the crisis was systemic.

These are the sorts of crises that bring to our attention the need for global interdependence and the importance of multilateral co-ordination. By the time leaders had agreed on international economic policy co-ordination, much damage had been inflicted, including reduction of the volume of world trade by 20% between 2008 and 2009, with global supply chains in sharp contraction.

According to IMF economists the global economy is already in recession. This makes global co-operation all the more urgent since domestic stimulus measures, even in advanced industrial economies, may have a limited effect in the long run. Emerging economies and developing countries should do what is necessary to protect their citizens from the spread of contagion. African countries will struggle to contain the economic effects of the coronavirus on their own, which makes it all the more important that they push for multilateral co-ordination. Such a multilateral approach should craft development aid packages and greater institutional support for developing countries, especially those in Africa.

The coronavirus has spread rapidly from countries and regions that are well-resourced, such as China, the EU and the UK, and the contagion effect is likely to make it spread faster and have a bigger impact in Africa. Many African-trained health professionals are practising in Western countries, creating a deficiency of expertise that may further compound the ability of African countries to contend successfully with the effects of coronavirus.

The rapidity in the spread of the virus is not helped by magnified fears that are carried by popular narratives through social media. Fear can do much damage to economies as individuals act irrationally to secure their survival. In his work on narrative economics Nobel laureate Robert Shiller draws on medical literature on forecasting epidemics, and points out the dangers of word-of-mouth contagion of ideas in the form of stories, as well as the efforts people make to generate new contagious stories or make stories more contagious. The damage we have seen in global markets and economies around the world may be more a result of these narratives than the actual effect of coronavirus. This is especially so in the chaotic sell-off in financial markets.

This crisis should generate options for policy innovation in SA. The country should do all it can to safeguard the health of its citizens, and much can be learnt in this regard from the efforts of countries such as China and Singapore. SA should push strongly for multilateral co-ordination of interventions, including synchronised economic interventions, aid packages and institutional support for developing and vulnerable economies.

SA should also use its presidency of the AU to provide leadership on the continental approach to the coronavirus and measures to support economic performance. At the domestic level stimulus packages should be framed as part of shared value with the private sector, with greater involvement of development finance institutions. Also, primacy should be given to small and medium enterprises and vulnerable economic activities in the townships and rural areas.

The government should use the crisis to lock in reform measures, including reining in government spending on unnecessary international trips, further curtailing other entitlements and sharply reducing the number of diplomatic missions abroad. Further, the crisis offers an opportunity to overcome co-ordination defects in government interministerial and cluster system and to improve decision-making processes and implementation capabilities.

Finally, the government must take advantage of this crisis window to improve the capabilities of the public health system and accelerate its modernisation. Crises can be a source of innovative ideas, which could include bolstering the digital economy and supporting the development of stronger surveillance, sensing technologies and forecasting capabilities to be better prepared for uncertainty in future. As a country we have to capitalise on these difficult times to get the various societal actors to work together for the common good.

Covid-19 crisis is an opportunity to drive change